MoATA Service Award Given to SLU AT Program Director 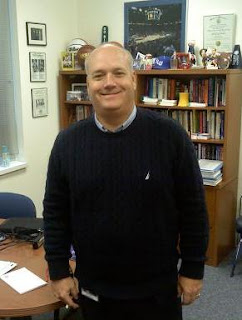 Anthony Breitbach, Ph.D., A.T.C., program director for the Athletic Training Education Program in Doisy College of Health Sciences has been selected as the 2011 recipient of the Glenn L. McElroy, M.D., Distinguished Service Award.
The Glenn L. McElroy, M.D., Distinguished Service Award is awarded to an individual who has made a significant contribution to the profession of athletic training in the state of Missouri. The award may be bestowed upon any individual who is or has been involved in the advancement of athletic training and is passionate about treating athletes with excellence.
Breitbach holds a bachelor of exercise and sports sciences degree from the University of Iowa, a master of exercise and sports sciences from the University of Florida, and a Ph.D. in higher education from Saint Louis University.
He has been a Certified Athletic Trainer since 1985, working in university, clinical and high school settings. In addition, Breitbach is a member of The National Athletic Trainers' Association, Missouri Athletic Trainers' Association and St. Louis Athletic Trainers' Association.
His passion for athletic training has led him to be found in any of a myriad of places both on and off campus. His is a well-known face to the SLU ice hockey and field hockey teams. Many of his students have him both as an instructor and a mentor. He spends time talking to each prospective student, first telling them about what brought him to this place in his life, then helping to guide them as to the best route for their own future.
Any student of Breitbach's can tell you his favorite story -- when he receives the texts from his students stating that they had passed the state board of certification exam.
To date, every student that has graduated from the athletic training program and taken the exam has passed. 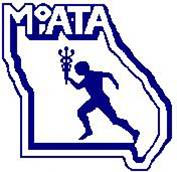