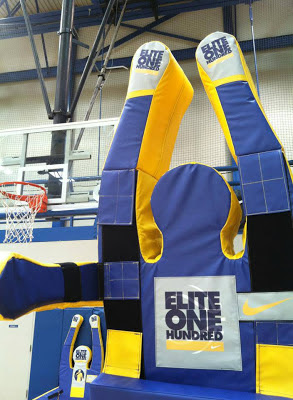 Saint Louis University has been the home of the one of Nike's most exclusive basketball camps since 2000.  Originally called the Nike Hoop Jamboree, it is now called the Nike Elite 100 Camp.  It is called the Elite 100 camp because 100 of the top basketball players 15 years and under are invited to participate in it.  The 2012 NBA Draft featured 8 former participants from this camp in its top 10 picks.

SLU AT faculty and students have also been providing AT services for this camp since the program first brought in students in 2008.  It is a great opportunity for SLU AT students and faculty to work together at a fun event.