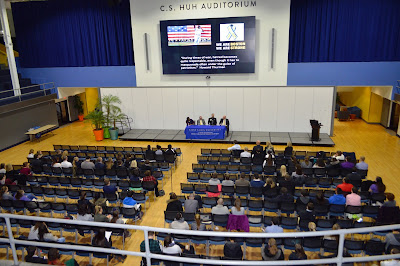 The Saint Louis University Athletic Training Program hosted its 5th Annual Speaker Series and Recognition Ceremony on Monday, February 15 at 7:00pm in the Huh Auditorium at the Center for Global Citizenship. 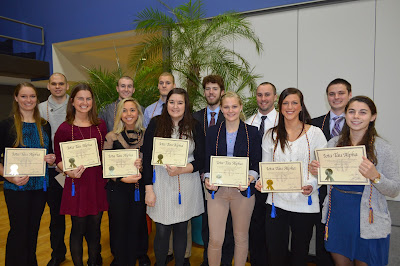 2015 Iota Tau Alpha honoree Madeleine Bresnahan was also recognized at the event because she was studying abroad in last Spring. 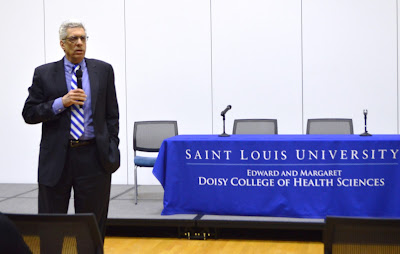 The title of his presentation was
#BostonStrong: Our Journey 2012-14, Boston University's Experience with the Boston Marathon. 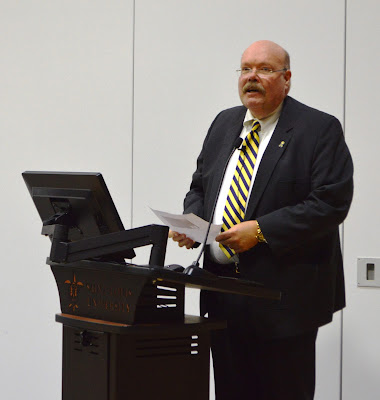 Mr. Laursen discussed his experience as a health care provider in the 2012 Boston Marathon and during the 2013 event, where a terrorist attack resulted in two pressure-cooker bombs being detonated near the finish line of the race. Three people perished and over 250 others were injured in the attack.

Both immediately following the tragedy and in the years that followed, Boston University played a substantial role with the marathon and in the Boston community. Factors were discussed that affected the support that was provided for those affected. 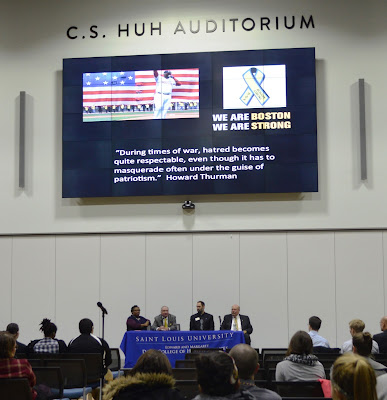 This event was a truly moving and memorable experience!