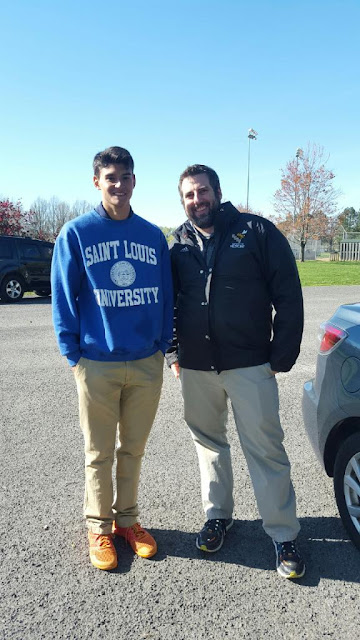 I have been to multiple clinical sites this semester for observation hours. The clinical sites have been a combination of both colleges, including SLU and Harris-Stowe, and high schools including, Affton and Parkway South. Each site has been an amazing experience that has added to the flame of wanting to become a professional Athletic Trainer. However, the experiences that have stuck out to me were the ones when I was observing a college/university.

For my experiences at universities, I was able to observe Kara Cummins-Ludwig ATC and student Collin Peterson during one of women’s basketball game. I was able to watch as the players came into the training room to get their pre-game taping or any other type of pre-game work done. Once the athletes were prepared and the courtside was set up, we sat behind the bench while the game was going on. This was the highlight for me. I had never been courtside at a game and it made me feel like an official athletic trainer. It was a very good feeling. As for Harris-Stowe, I was able to observe their women’s softball team. I was able to talk to the preceptor, Tim Herlihy ATC, and just ask pretty much any question related to Athletic training. The other cool part was the fact that there was also a chiropractor on the scene with us. I had never really seen a chiropractor and an athletic trainer working together. I was able to chat with both the preceptor, Tim, and the chiropractor while the games were going on. It was interesting to see both of them working together and bouncing ideas off each other. The photo attached is of Tim, the preceptor at Harris-Stowe, and myself after the double header.