There is a SLU tradition in the first week of school where students, faculty and staff celebrate the Mass of the Holy Spirit in St. Francis Xavier College Church. After the mass everyone gathers in their academic units to have lunch and get acquainted.
The Doisy College of Health Sciences met as a group in the Multipurpose Rooms of the Busch Student Center. This year was especially important to us because it is our program's first year. There was a great turnout and many prizes were given out, including an iPhone. 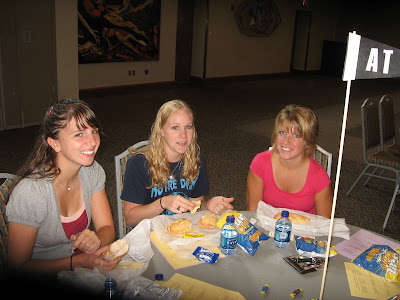 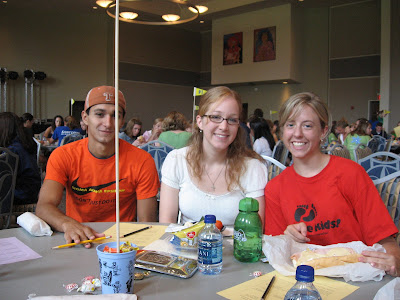 We would like to welcome all of our students back to SLU as they move in and classes start on August 25th. This is an exciting time for all of us!

Speaking of kickoff, things are going well in our students' first clinical rotations with football at Washington University. Darcy Downey, our clinical coordinator, took some "action shots" of our students.
The Bears first game is at Greenville College on Saturday September 6th, click to see the entire schedule:
http://bearsports.wustl.edu/football/footballschedule.html 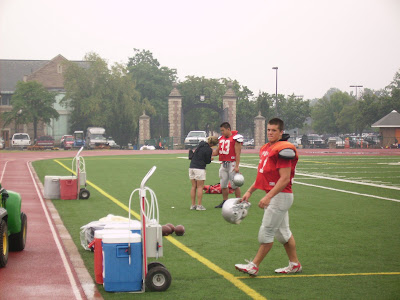 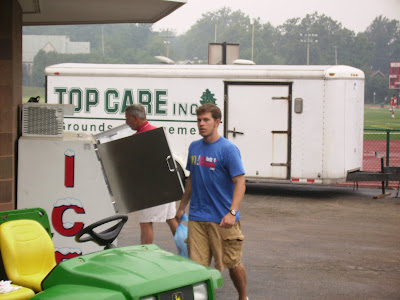 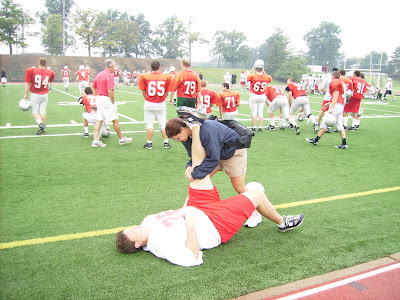 ST. LOUIS -- U.S. News & World Report once again has recognized Saint Louis University as one of the finest Jesuit, Catholic universities in the United States.

Individual programs also made this year's rankings. The University's undergraduate engineering programs -- offered through SLU's Parks College of Engineering, Aviation and Technology -- were named among the top 40 in the nation. Additional rankings for SLU are expected to be included in extended rankings scheduled to be released online tomorrow. The U.S. News rankings come on the heels of another national honor for SLU's undergraduate programs.

In July, The Princeton Review, a New York-based education services company, recognized SLU as one of the best schools in the country for undergraduate education. Only about 15 percent of America's 2,500 four-year colleges made the 2009 edition of "The Best 368 Colleges."
The top rankings for SLU don't end at the undergraduate level. Earlier this year, U.S. News named SLU's health law program the best in the nation for the fifth year in a row. In its "Best Graduate Schools 2009" issue, the magazine also gave high marks to numerous other graduate programs, including geriatrics, part-time MBA, occupational therapy and physical therapy.
SLU also is recognized as one of the nation's leading education values. Both Barron's Best Buys in College Education and Consumers Digest have recognized SLU as a best buy in higher education. The University strives to keep its nationally recognized education affordable, which is why 97 percent of freshmen receive scholarships.

The U.S. News and Princeton Review rankings come at an exciting time at SLU. This year, the University has enrolled one of its biggest and brightest freshman classes in history, drawing students from all 50 states and more than 80 foreign countries.

Saint Louis University is a Jesuit, Catholic university ranked among the top research institutions in the nation. The University fosters the intellectual and character development of more than 12,300 students. Founded in 1818, it is the oldest university west of the Mississippi and the second oldest Jesuit university in the United States. Through teaching, research, health care and community service, Saint Louis University has provided one-of-a-kind education, leadership and service for 190 years.
No comments:

A "Grand Connection" with Billiken Athletics 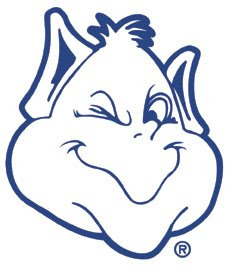 We are very fortunate to have such a great relationship with the athletic department at Saint Louis University. They serve as partners in our efforts to provide the best possible professional preparation for our Athletic Training Students.

Our partnership is also evident by the SLU athletes that have chosen Athletic Training as their major:

Best of luck to them as they start fall practices!
No comments:

On TV about practice in the heat...

He was interviewed by Art Holliday about the dangers of practice in the heat during 2-a-days.

See it here:
http://www.ksdk.com/news/local/story.aspx?storyid=151501&catid=3
No comments:

Summer's almost over...time to get ready for clinicals...

This has been a busy week for our program and our students in the professional phase of our program.


On Monday, July 28th the students had their final in Gross Anatomy (and they all lived to tell about it haha)


On Wednesday, July 30th we had the written final, practical final and student presentations in MAT 501, Principles of Athletic Training.


On Thursday, July 31st we had a training session for a group of athletic trainers who will be serving as Approved Clinical Instructors for our program. 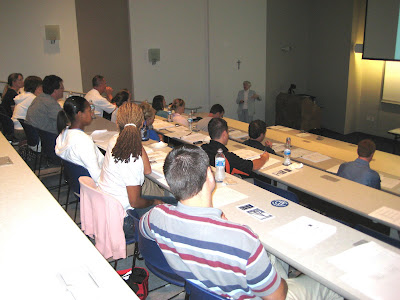 
The participants also enjoyed a lunch catered by Fresh Gatherings Cafe in the Doisy College. It provided a great opportunity for some good food and fellowship. 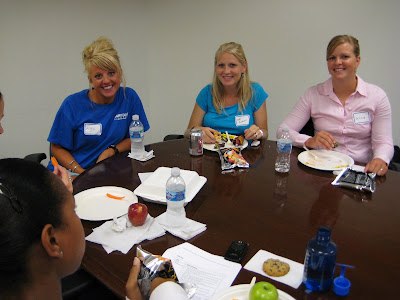 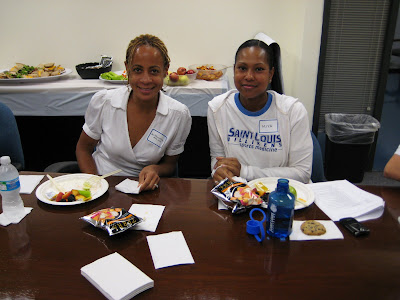 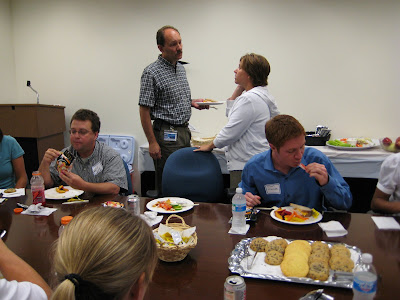