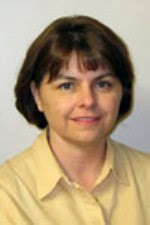 Kitty has a wealth of classroom teaching experience and has also been active in research, publications and presentations. Her areas of research include studying leg pain in athletes, students with disabilities and pedagogy in Athletic Training. She was awarded the Ohio Athletic Trainers' Association Recognition for Exceptional Research in 2005.