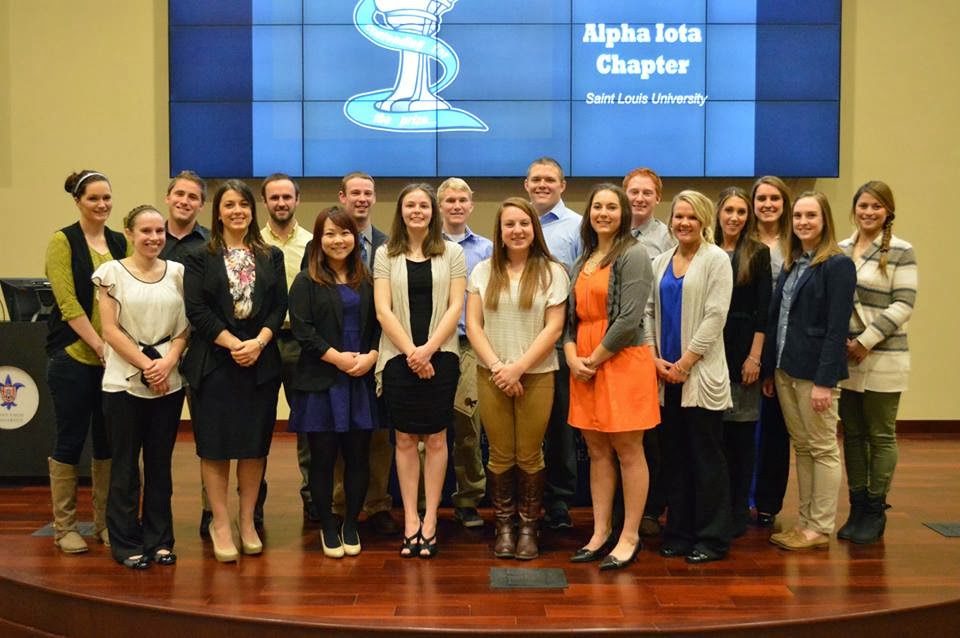 Saint Louis University's Alpha Iota Chapter of Iota Tau Alpha, the National Athletic Training Honor Society, inducted new members on February 10, 2014.  The ceremony took place in the Wall Auditorium in the Education Union on the SLU Medical Center Campus.  Following the ceremony, there was a presentation on "Mental Health and the Athlete" by Timothy Neal ATC and Michael Ross PhD.


Mr. Neal is the Associate Athletic Director for Sports Medicine at Syracuse University. He is prominently involved in the development of position statements and policies for athletic trainers with regard to management of mental health in athletes.  Dr. Ross is a professor in the Department of Psychology at SLU. He serves as the Faculty Athletics Representative and teaches a course in the AT program titled: "Psychology of Sport and Injury". 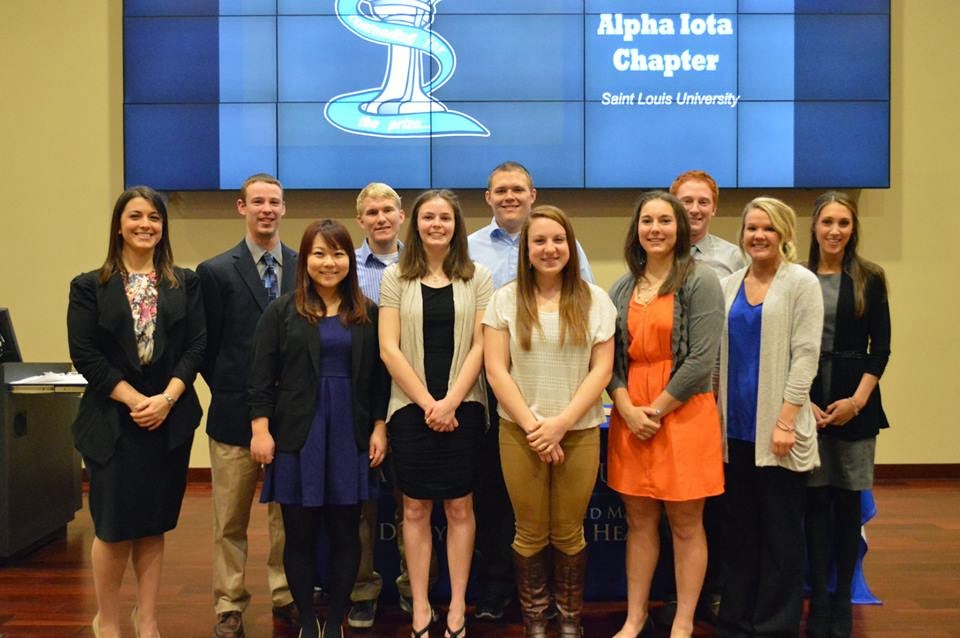