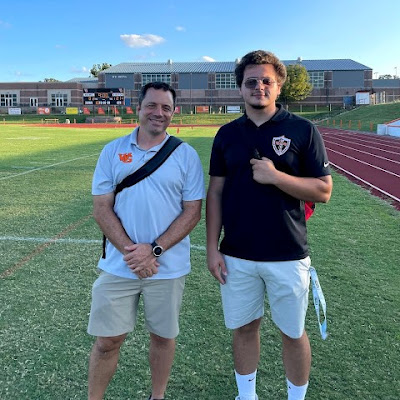 SLU AT Clinical Site Spotlight - Webster Groves High School
By: Muharem Komic (SLU MAT Class of 2023)
At Webster Groves High School with my preceptor Sean Wright ATC and I have learned and experienced quite a lot from being there for about a month even though it feels like I have been doing it longer than that. Sean has been awesome with showing me how everything works in the High School setting. How students come into his office after school to engage in rehab or to get checked out if they feel something is bothering or limiting them from performing. I’ve learned new ways to tape ankles and thumbs compared to how we were taught at Saint Louis University. Now I am in the process of taking parts from each method and kind of combining them. Some experiences that I’ve seen are a couple ACL tears and learning there certain special tests to prove the injury, along with MCL, PCL, and LCL. 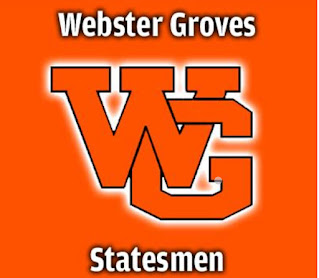 Something that happened recently was a possible cardiac arrest or at least from what Sean and I were told a cardiac arrest. It was this past Saturday and there was a volleyball tournament going on along with two soccer games. We just finished a the first soccer game and went back inside to check on volleyball and eat some pizza that was ordered for the staff. We were eating and Sean gets a call from one of the soccer coaches and said cardiac arrest on the field. We ran out there and this elderly man was on the ground conscious and Sean took his BP and it was weak and rapid, the ambulance was already on the way and they came and took over about one minute after we arrived. Turns out he was dehydrated, his BP went from 150 to 100 just from him sitting up. Sean and I were told it was a cardiac arrest so we brought the AED, but it ended up not being that at all. This whole situation made evident that anything can happen at any given moment, even when you’re not the first person on site. It showed me that you have to be ready and expect the situation to be a lot worse when arriving and we did.
Overall it's been a great experience for the month being there and I expect to be learning and experiencing more as time goes on.
This is one of a series of posts by the Saint Louis University Athletic Training students featuring their clinical site and their preceptors. The number, quality and diversity of clinical instruction are major assets for the SLU AT Program.