Happy Holidays from the SLU ATEP!!! 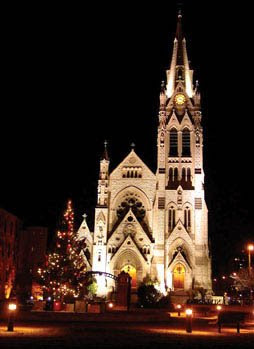 We wish you an enjoyable and blessed holiday season!
We hope you get a chance to spend time with family and friends.
If you have to travel...please do so safely.
Happy holidays!
No comments: 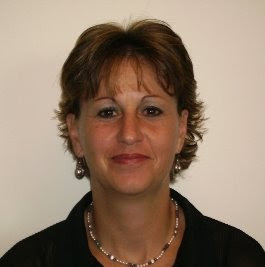 Getting going on the right foot!!!!

The first full semester of classes is finished and it has been a great semester! We have 40 students across all levels of our program and we all showed a tremendous amount of growth.

In addition to our regular faculty, being located in a town like St. Louis gives us access to alot of great resources.
Recently, our professional students took a field trip to Wrymark/Resource Labs for a demo on orthotics and prosthetics. Orthotists and certified athletic trainer Dale Watson showed them all aspects of orthotic design, production and fitting. It made for a great day! 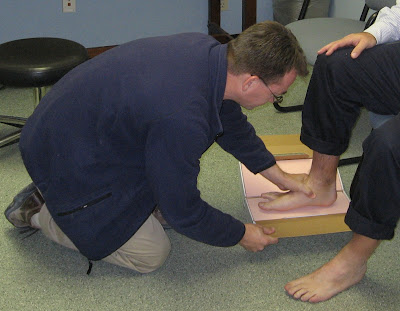 Making an impression of a foot. What a plantar-flexed first ray! 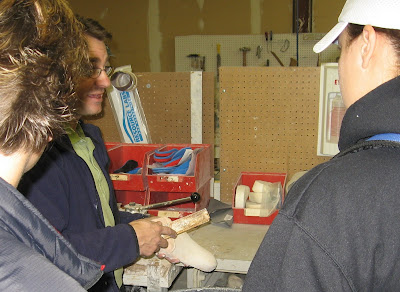 Preparing the plaster cast of the foot for production of an orthotic. 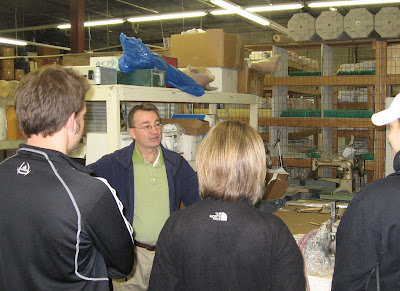 Checking out the large production facility.

U101 wraps with some food and fun 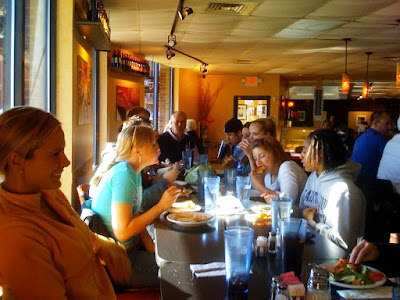 The U101 "Enhancing the First Year Experience" wrapped up the semester with some pizza and fun at Vito's restaurant last week. U101 is designed to help first semester freshmen get acclimated with SLU and college life. The Athletic Training Education Program also has a section that is designated just for AT students. This aids in the communication between program faculty and staff and the new students.

Some of the topics include:


The class also had a field trip to Rams Park and did a med campus scavenger hunt.

Email ThisBlogThis!Share to TwitterShare to FacebookShare to Pinterest
Labels: athletic training, u101, vito's

Good stuff from the NATA

Salary Survey Shows Pay Scale on the Rise
"Athletic training salaries are on the rise nationwide, according to the latest NATA Salary Survey.
Compensation in all 10 NATA districts is higher than in 2005. The national average for a full-time position now stands at $44,235 (not including bonuses and benefits). Not only are salaries increasing, but we’re also seeing a wider variety of opportunities. This year we measured salaries for 34 different job titles, across 36 specific job settings....."
Click here to see the 2008 NATA Salary Survey Article
They also produced a video that features an interview with an athletic trainer in the university setting.
Click here to see a great "Day in the life video" of a university athletic trainer
No comments: