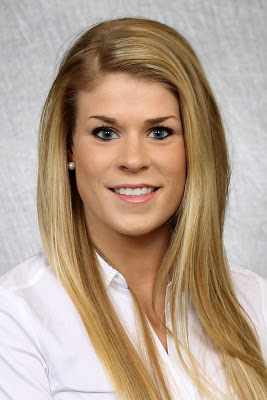 Saint Louis University Athletic Training Graduate Bridget Quirk (MAT Class of 2013) was named the Post-Baccalaureate Graduating Student of the Year by the Doisy College of Health Sciences Alumni Board.  The award was announced at the College Pre-Commencement Ceremony on Thursday, May 16, 2013 at Chaifetz Arena.

Bridget, the daughter of Tim and Margaret Quirk, is from Whitefish Bay, Wisconsin.  She entered into the AT Program at SLU after receiving her Bachelor of Science degree at the University of Wisconsin-Madison in 2011.  She also has a sister, Kelsey, in the Nursing program at SLU.